Combat Propaganda Techniques Being Used Against the Civilians. Just Go Outside and See How the Country Has Changed in the Last Three Years

Combat Propaganda Techniques Being Used Against the Civilians. Just Go Outside and See How the Country Has Changed in the Last Three Years

I studied at MSU journalism, we had a military department. In the context of secrecy, we were taught to combat special propaganda – the art of sowing discord in the ranks of the enemy through disinformation and manipulation of consciousness.

Combat, or ′′ black “, propaganda allows any distortion of real facts to solve propaganda problems. This is an effective weapon used for the sole purpose of blowing the enemy’s brains.

You also know all these methods and techniques. You just don’t realize it. As you think.

We were taught to use combat propaganda techniques against enemy army soldiers. Today they are being used against the civilians of our own country. For two years, reading Russian newspapers or watching television shows, I note with interest that people coordinating the throw and interpretation of the news in Russia clearly studied the same textbook, from the same vigorous colonel or his colleagues.

For example, the method of ′′ rotten herring “. Works like that. False accusation is coming up. It is important that it be as dirty and scandalous as possible. Works well, for example, small theft, or, say, child molestation, or murder, preferably out of greed.

The goal of ′′ rotten herring ′′ is not to prove the accusation at all. And in order to cause a broad, public discussion about it… Injustice and Injustice.

The human psyche is arranged so that once the accusation becomes subject to public discussion, his ′′ supporters ′′ and ′′ opponents “, ′′ experts ′′ and ′′ experts “, ′′ prosecutors ′′ and ′′ ardent ′′ defenders ′′ of the accused are inevitable.

But regardless of their views, all the participants of the discussion say the name of the accused in a connection with dirty and scandalous accusation, thus rubbing more and more ′′ rotten herring ′′ into his ′′ clothes “, until finally that ′′ smell ′′ begins to follow him Everywhere. And the question ′′ killed-stole-lied or still not ′′ becomes the main thing when mentioning his name.

Or, for example, the ′′ 40 by 60 ′′ method invented by Goebbels. It lies in creating a media that 60 percent of its information gives in the interests of the enemy. However, after earning his trust, the remaining 40 percent use for extremely effective, thanks to this trust, misinformation. During World War II there was a radio station that listened to the anti-fascist world. She was believed to be British. And only after the war, it became clear that it was actually Goebbels radio station, which worked on the ′′ 40 by 60 ′′ principle.

The ′′ big lie ′′ method is very effective, which looks a bit like ′′ rotten herring “, but actually works differently. Its essence is to offer the audience such a global and terrible lie with maximum confidence that it is almost impossible to believe that you can lie about it.

The trick here is that a properly composed and well-invented ′′ big lie ′′ causes a hearer or spectator a deep emotional trauma, which then defines his views in spite of any reasoning of logic and reasoning.

False descriptions of cruel abuse of children or women work especially well in this sense.

Let’s say that the message about a crucified child due to the deep emotional trauma it causes will determine the views of the person receiving this information for a long time, no matter how much they try to convince him, using ordinary logical arguments.

But especially read our vigorous colonel the method of ′′ absolute obviousness “, although not quick, but reliable result.

Instead of proving something, you submit what you want to convince the audience of as something obvious, for granted, and therefore unconditionally supported by the prevailing majority of people.

Despite its external simplicity, this method is incredibly effective as the human psyche automatically reacts to the majority’s opinion, seeking to join it.

It is important to remember that most must be prevailing, and its support is absolute and unconditional – otherwise the effect of joining does not arise.

However, if these conditions are met, the number of supporters of the ′′ majority position ′′ is gradually but surely growing, and over time increases in geometric progression – mostly due to representatives of low social layers most susceptible to ′′ accession effect “. One of the Classical ways to support the ′′ absolute obvious ′′ method is, for example, publishing results of various kinds of sociological surveys showing absolute public unity on one issue. ′′ Black ′′ propaganda techniques naturally don’t require these reports to have anything to do with reality.

I can go on. They taught us for a whole year, and the list of methods is quite great. However, it’s not that important. And here’s what. Black propaganda methods affect the audience at the level of deep psychological mechanisms in such a way that the consequences of this impact cannot be removed by ordinary logical arguments. ′′ Big Lies ′′ achieves this effect with emotional trauma. The method of obviousness is through the ′′ effect of joining “. ′′ Rotten herring ′′ through the implementation of direct association into the consciousness of the audience between the object of attack and the dirty, scandalous accusation.

Simply put, combat special propaganda transforms a man into zombies who not only actively supports the installations introduced into his consciousness, but also aggressively opposes those who hold different views or try to convince him using logical arguments. It can’t be otherwise. All methods of combat special propaganda are united by a common goal. It is to weaken the enemy’s army by contributing to their ranks of internal discord, mutual hatred and distrust.

And today these methods are used against ourselves. And the result they lead to is exactly the one they were created to achieve. Only mutual hatred and internal discord arise not in the enemy’s army, but in our homes and families.

Just go outside and see how the country has changed in the last three years. It seems to me that combat special propaganda works even more effectively against the enemy soldiers.

Probably because unlike the soldiers of the enemy, civilians cannot protect themselves. 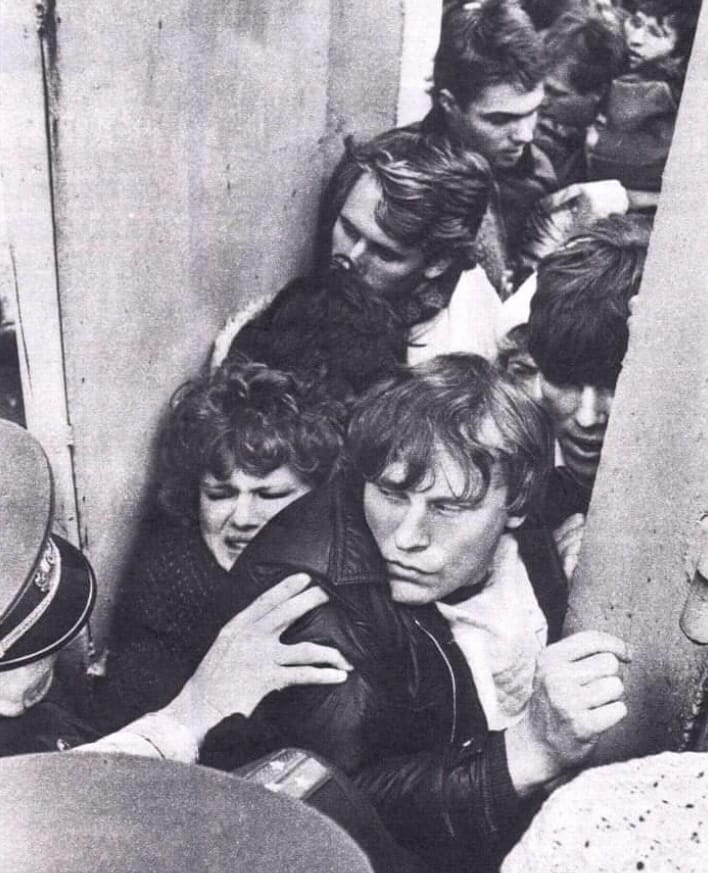 Here’s what others had to say:

Dmitry Tikhonov
to the photo :.. without Medved… #grandfathers _ selfie

Vera Verutsa
How true is this, alas

Владимир Добровольский
Everything is written correctly. Question: Is there a reason why the Russian population is zombified? Answer. To control and retain power over the population of Russia by the current government structures, to rob Russia and export stolen property to the West. Is that a bad thing? The answer. It’s bad for the population of Russia. Do pigs and cows feel bad at the slaughter? Of course!!! But these are the rules of the division of the world.

PrevPreviousThe president of Croatia Says They Are Done Jabbing. They Are Not Going To Do It Any More
NextPROJECT VERITAS BS-19 Whistleblower Released With Secret FootageNext